Unmute / un solo boton for all pads in one hit 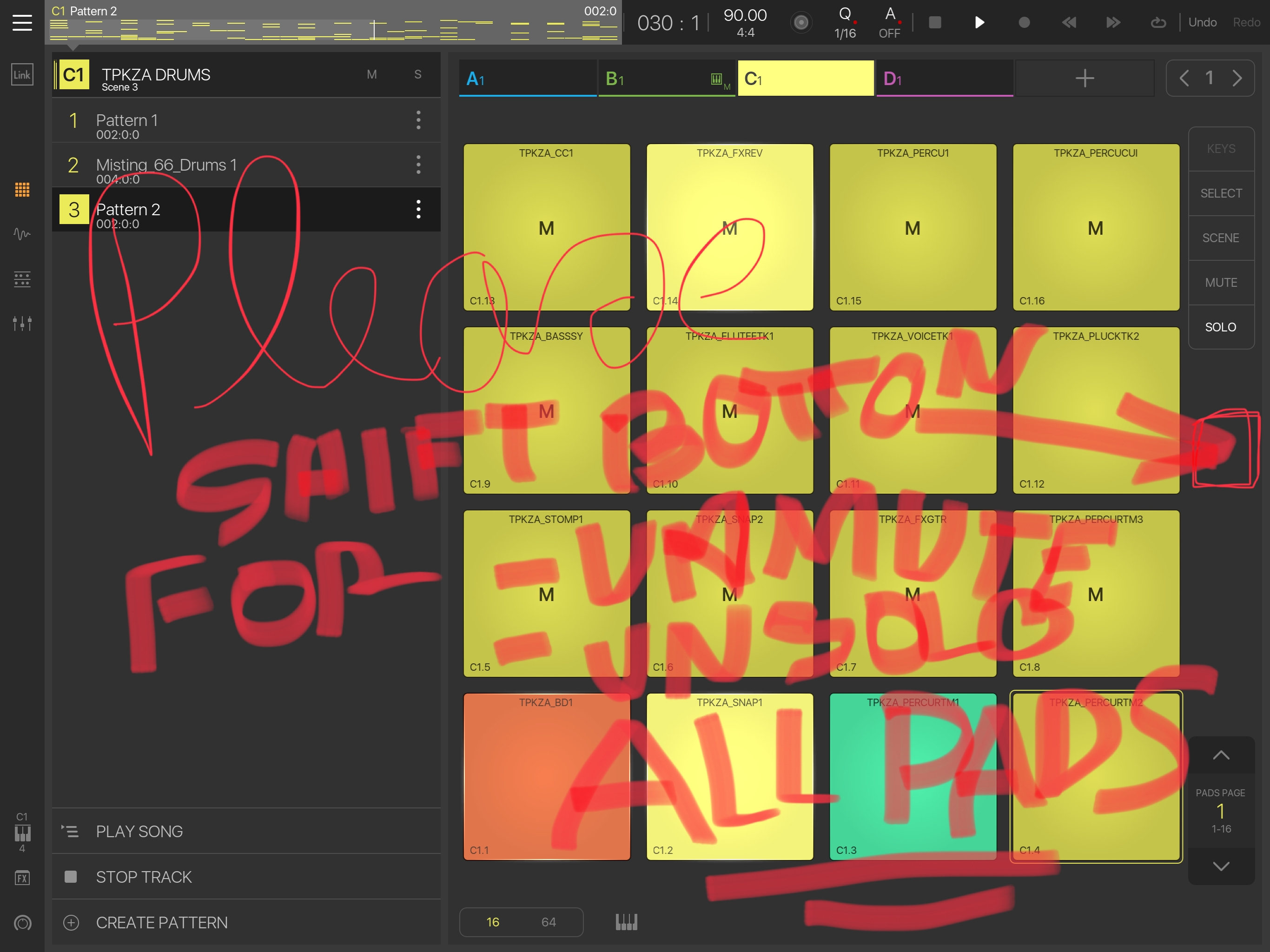