Jay Meter is a midi timing sequencer preset for Mozaic which can perform forward and backward offsets. Designed for Hip Hop, IDM, and any genre where human or off-kilter grooves are required.

I've always wanted to have full control over midi timing as to achieve from the BM3 piano roll a consistent but human shuffled feel similar to J Dilla, Madlib, Flying Lotus, Dam-Funk, etc. So when Moziac came around last month, I set aside some time to learn how to build the shuffle step sequencer that I've always wanted.

Step 2: Download and install Jay Meter from my github. You can either copy + paste the source directly into the editor, or import one of the compiled presets provided in the github zip archive.

Step 3: Depending on whether you want to apply the effect to an instrument plugin or bm3 bank of pads, you will need to apply a different setup in order for the patch to work properly.

Plugin Instrument Steps:
Under MIDI FX, make sure the bank is selected: 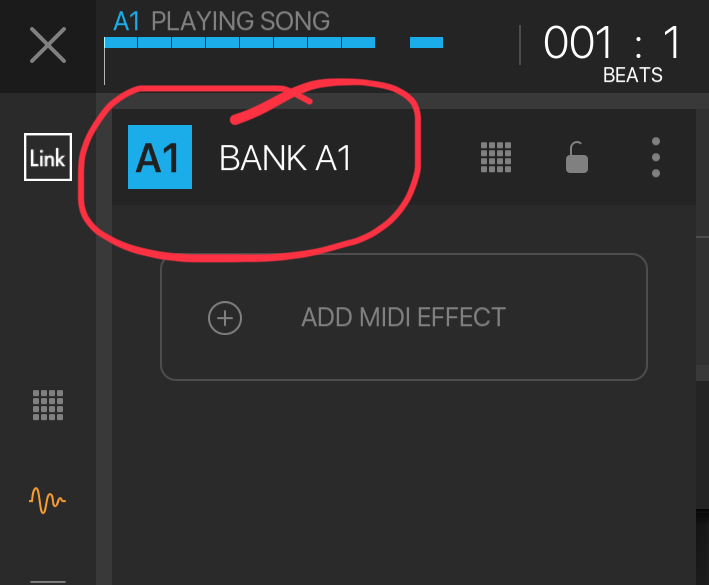 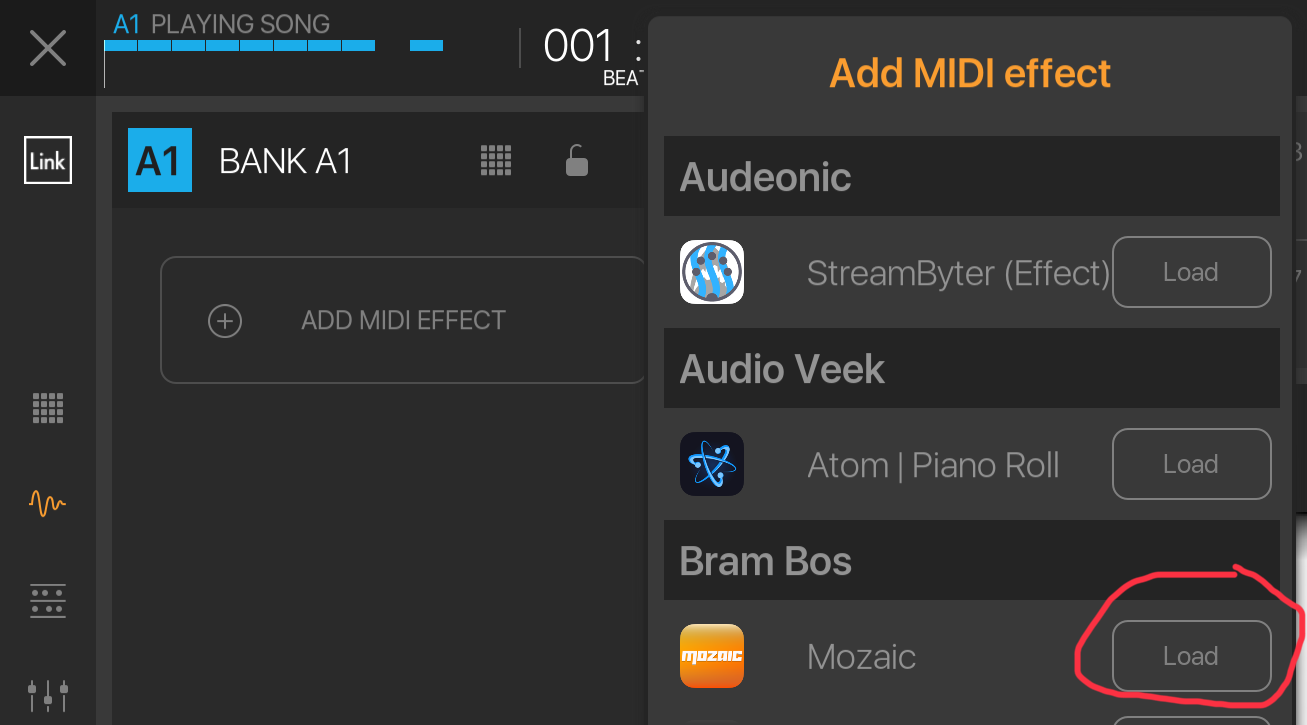 BM3 Bank Steps:
Under MIDI FX, make sure a singlepad is selected. You can toggle between bank and pad by way of the 3x3 matrix icon:

Repeat for each pad you intend to have the effect applied to. This is cumbersome I realize. However from my testing this is the only way of getting a midi effect plugin to work with a bm3 bank. This is a problem with other effects I've tested from Bram Bos. This may be resolved with a future update to bm3.

MIDI is received by the Jay Meter Mozaic patch as a stream of events. These include note values, velocity, and CC. With strength and random set to 0, the data is passed through completely unchanged. The named dials effect the delay of these MIDI messages in real time.

Offset - A global offset of all MIDI messages received to a fixed value which can be measured and compensated for. Q: Why is there a global offset? A: As to allow for something that would otherwise not be possible, forward (negative) delays/offsets to midi messages. Other "swing" or "shuffle" tools can only make notes appear delayed relative to their original placement. Even though in principal this is still just applying a delay to the midi received by the plugin, the magic comes from allowing a global offset to put all notes a fixed value out from the original stream, then applying "negative" offsets to reduce the delay. Thus allowing both "pull" and "push" in groove sequences.

Steps 1-16 - A sequence of steps which have +/- 100% values which can be used to configure offsets in a sequence. Instead of painstakingly applying notes by hand in a piano roll without snap or quantize in order to achieve that "unquantized-feel", just dial in the steps on the sequencer to add a groove to your rhythm. Abuse can lead to some fun IDM-style disjointed rhythms as well.

Random - In addition to the sequencer, a random offset generator is provided to allow for even looser feeling grooves. Most "humanize" midi plugins which incorporate timing utilize a simple random offset. I recommend for most productions to keep the random value low as to avoid a "sloppy" feeling rhythm.

Strength - A "fine" grain control of the offset range. Used to dial in a precise range for the push and pull effect.

Multiplier - A "course" grain control of the offset range. From 1/16-1 beat divided by 16ths. When multiplier and strength are 100%, the offset range is a full +/- 1 beat. I don't recommend doing this unless you are going for an experimental sound as the results can be drastic!

Seq Speed - Sets the speed of the sequencer from original BPM to 4xBPM. Defaults to 2xBPM for most conventional shuffle sounds.

Please let me know your thoughts in the comments below. I want to build something similar for Velocity and potentially bring this to the desktop through Max4Live, but I wanted to gauge interest. If you find this useful, please let me know. I've tried to make the source code very clear about what the plugin is doing in order to help other users in the creation of their own Mozaic patches.