Quite strange, so I simply have FAC Chorus loaded as an effect modulating Spectrum’s Modal Synth’s audio. I have thr first bar start out with FAC Chorus’ Output mix knob set to 100 which quickly ramps downs to 0. Later on, either by recording it in or by manually drawing it in, when raising or changing the knob to any value, the knob does not respond nor does the mix value change upon playback. No chorus is added or removed. Audio remains unchanged. So, in short, the first ramp works, and all changes after that do not. 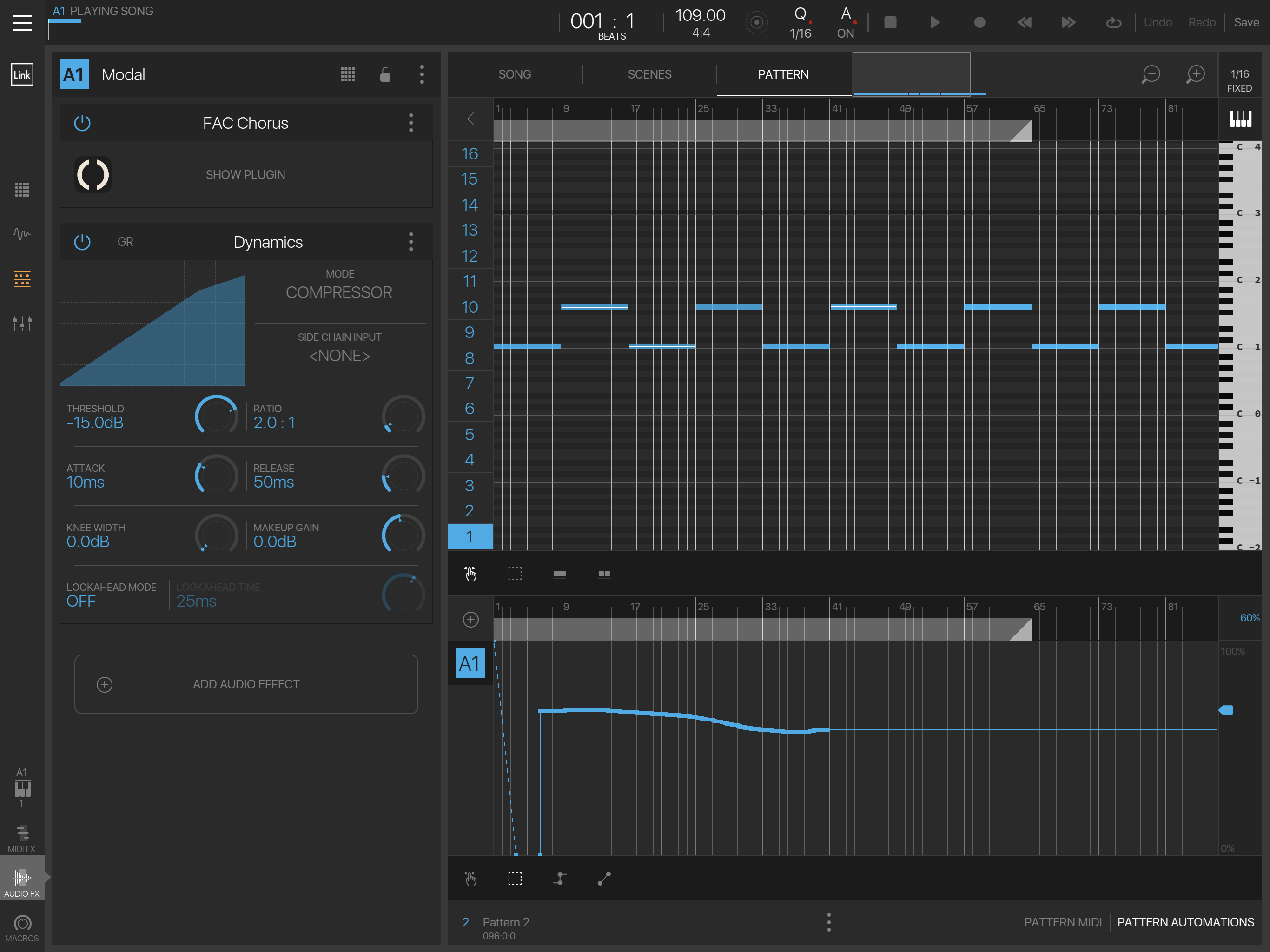 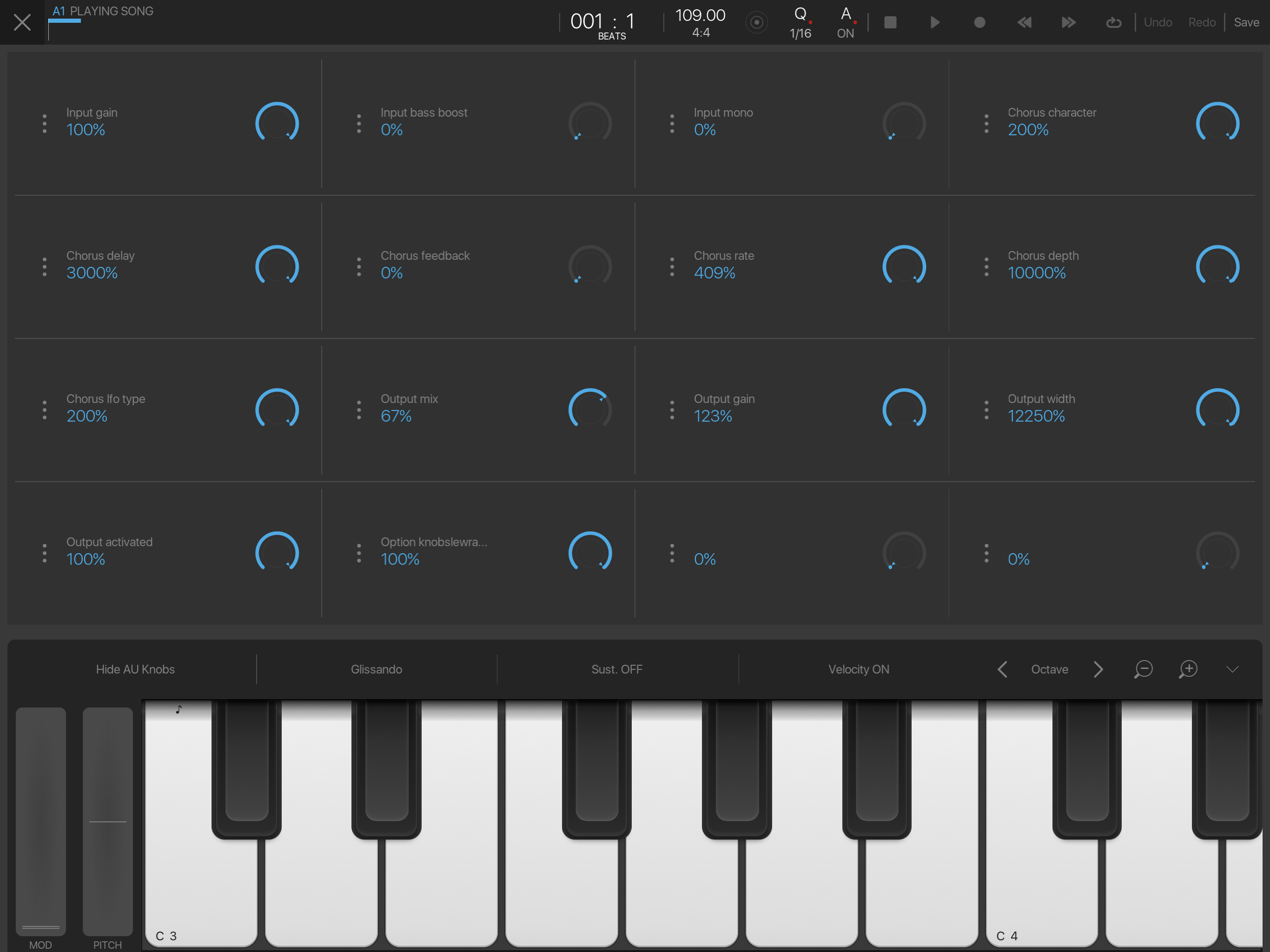 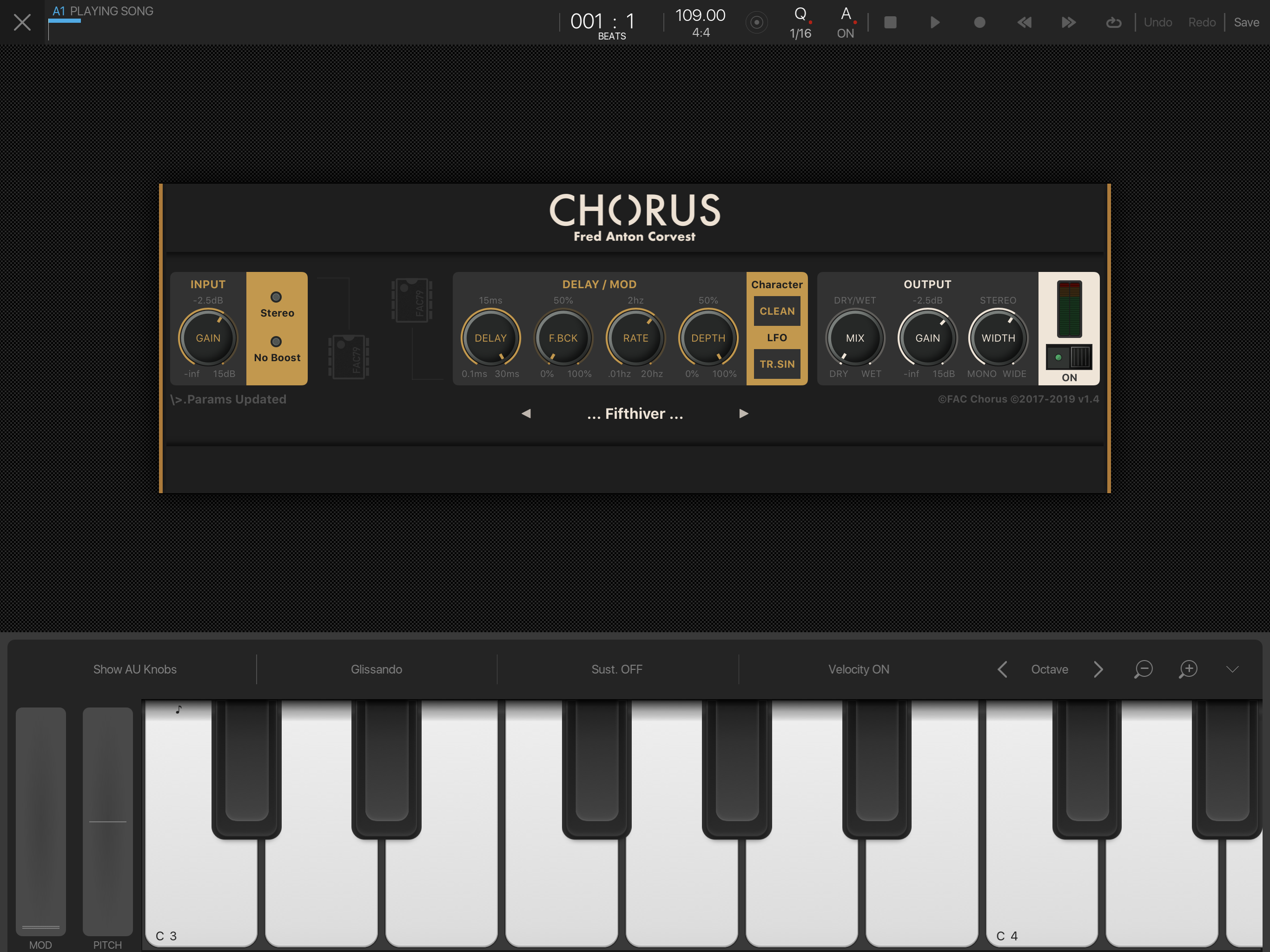 Edit: after deleting all automation and starting from scratch, now the parameter simply isn’t responding. No matter what I record or what I draw in, chorus is not modulating the audio whatsoever. So we have pure voodoo going on. The au effect worked before, as in last night, and just know with the previously recording ramp down in the first bar, and now simply is not working. Close and restart the app, nothing changed.

So I created a new session, loaded Zeeon, drew one sustained note across one bar and looped it. Added FAC Chorus, turned on recording automation and set resolution to free. The knobs indeed do work again, both from AU interface and BM3’s knob breakout, but now as the knob swings from 0-100, there are audio artifacts whereas when manually changing the knob on the screen or with a controller there are no audio artifacts.