I put this together last night with BM3 teamed up with my Reface DX: 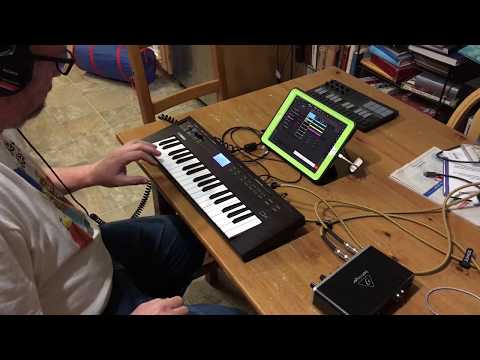 The Reface only has a 3 octave keyboard, so BM3 is driving a few low end notes on the external synth while I noodle on the high notes. BM3 is also running a few drum loops and a "virtual analog" plugin as backing.