Another wild tool from me to you is available now as a Preview! 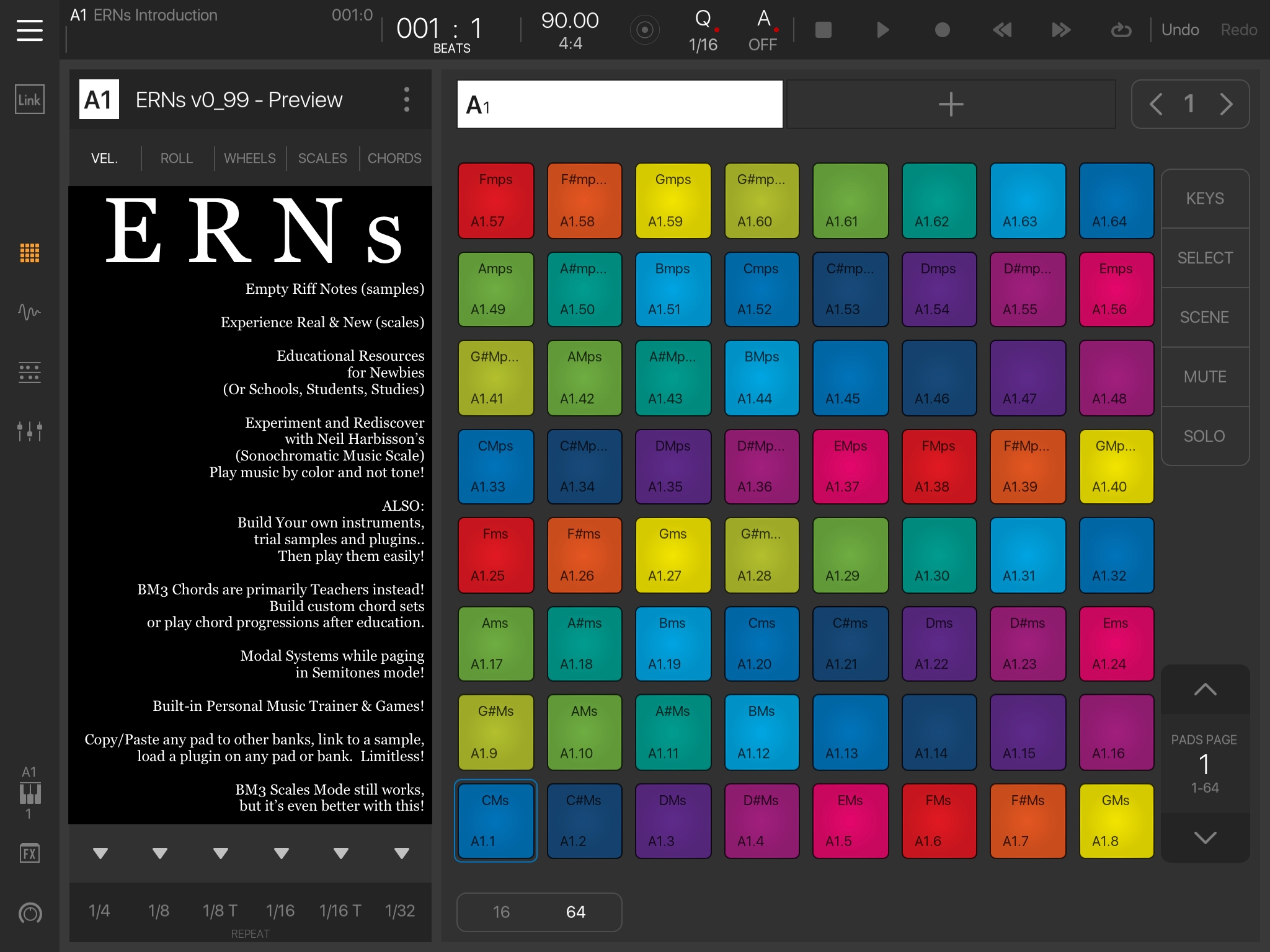 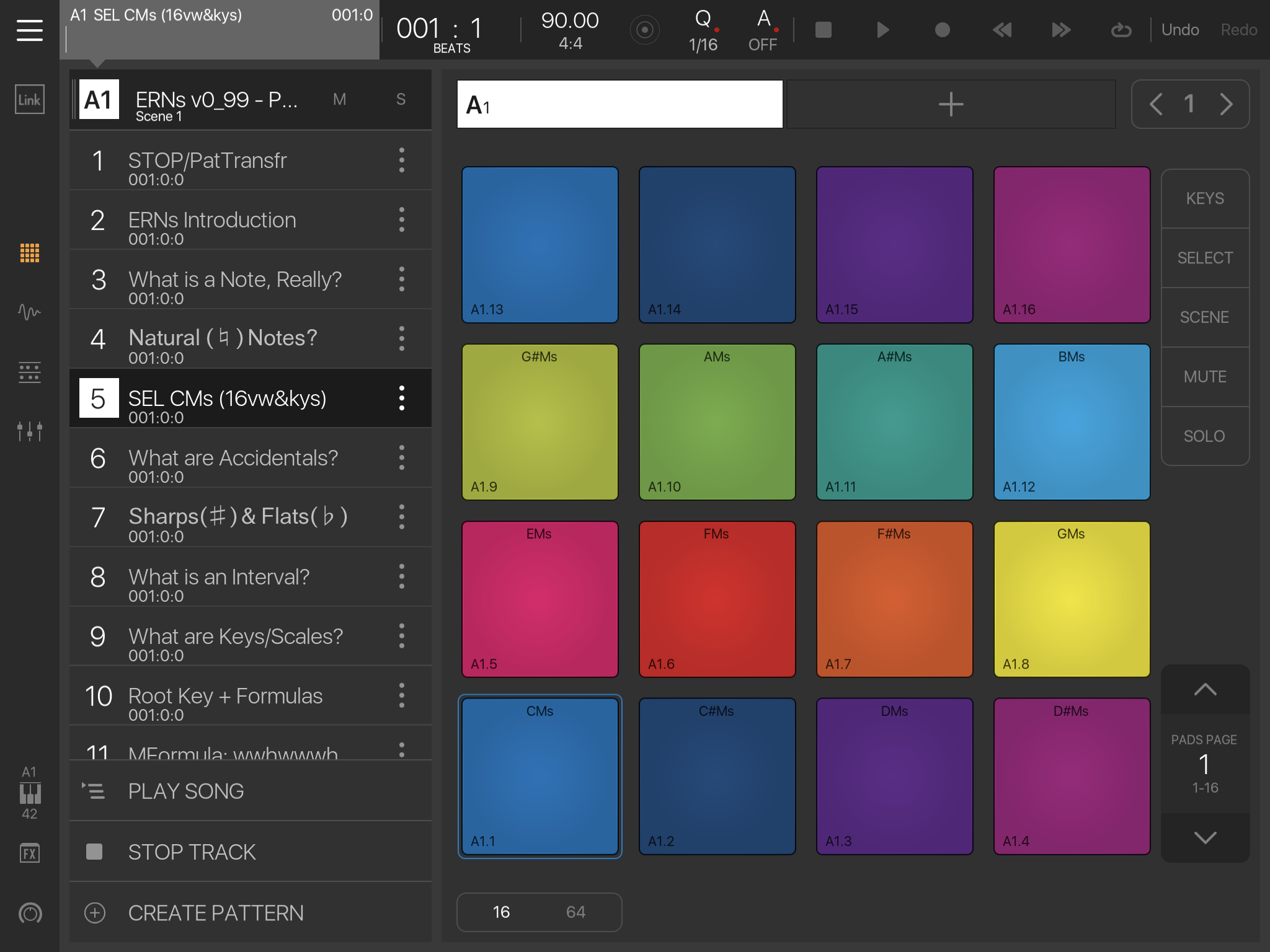 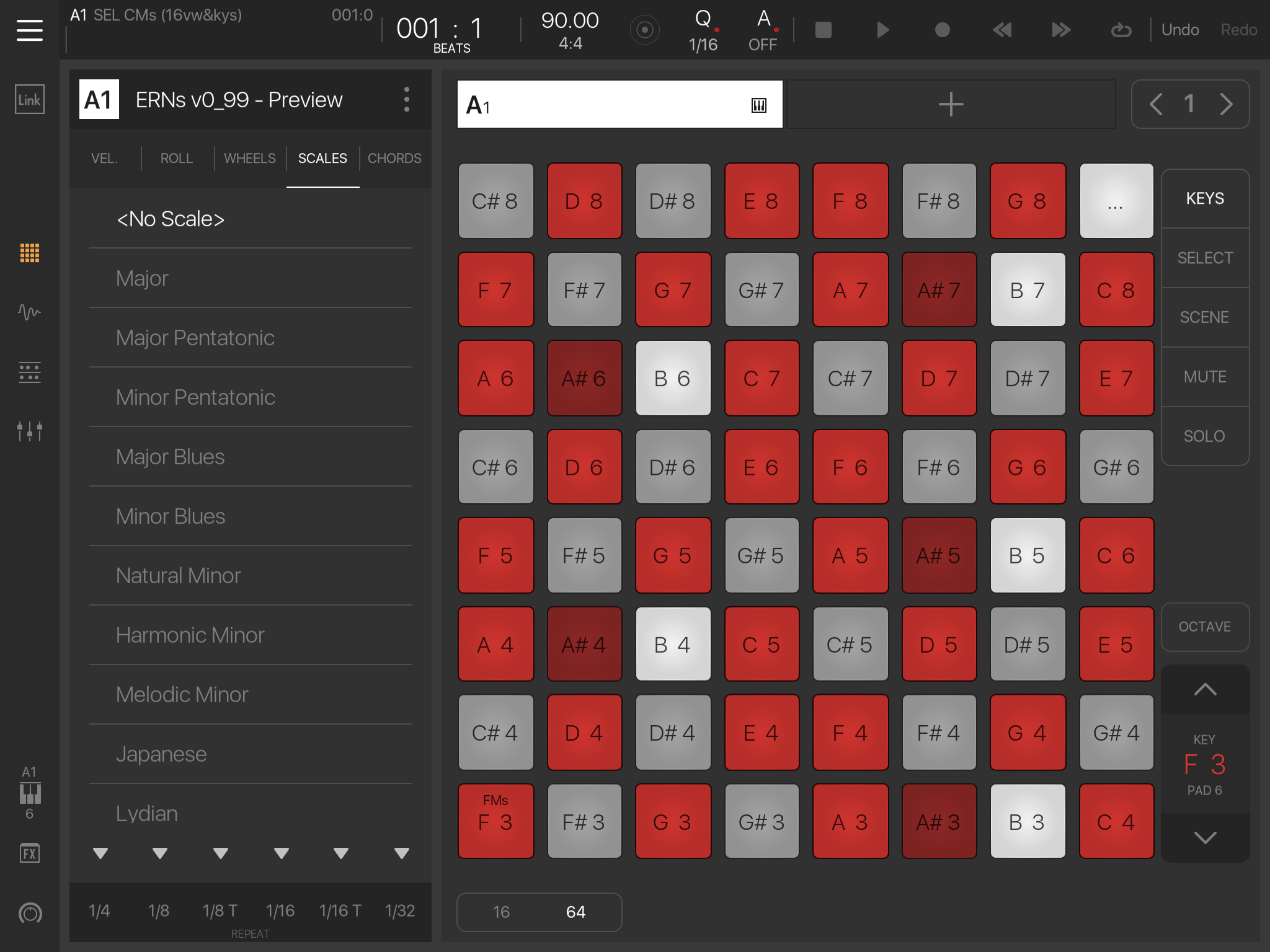 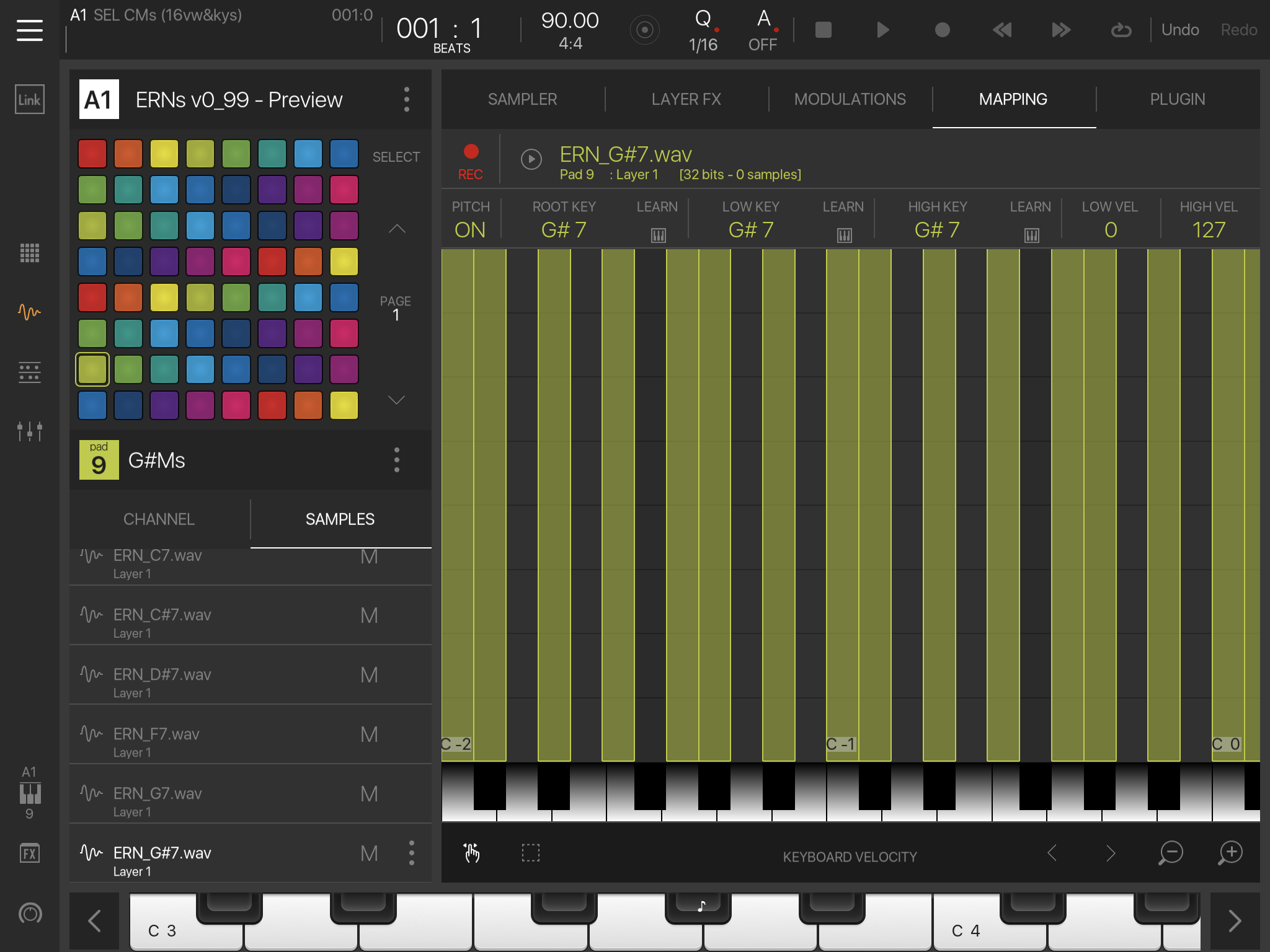 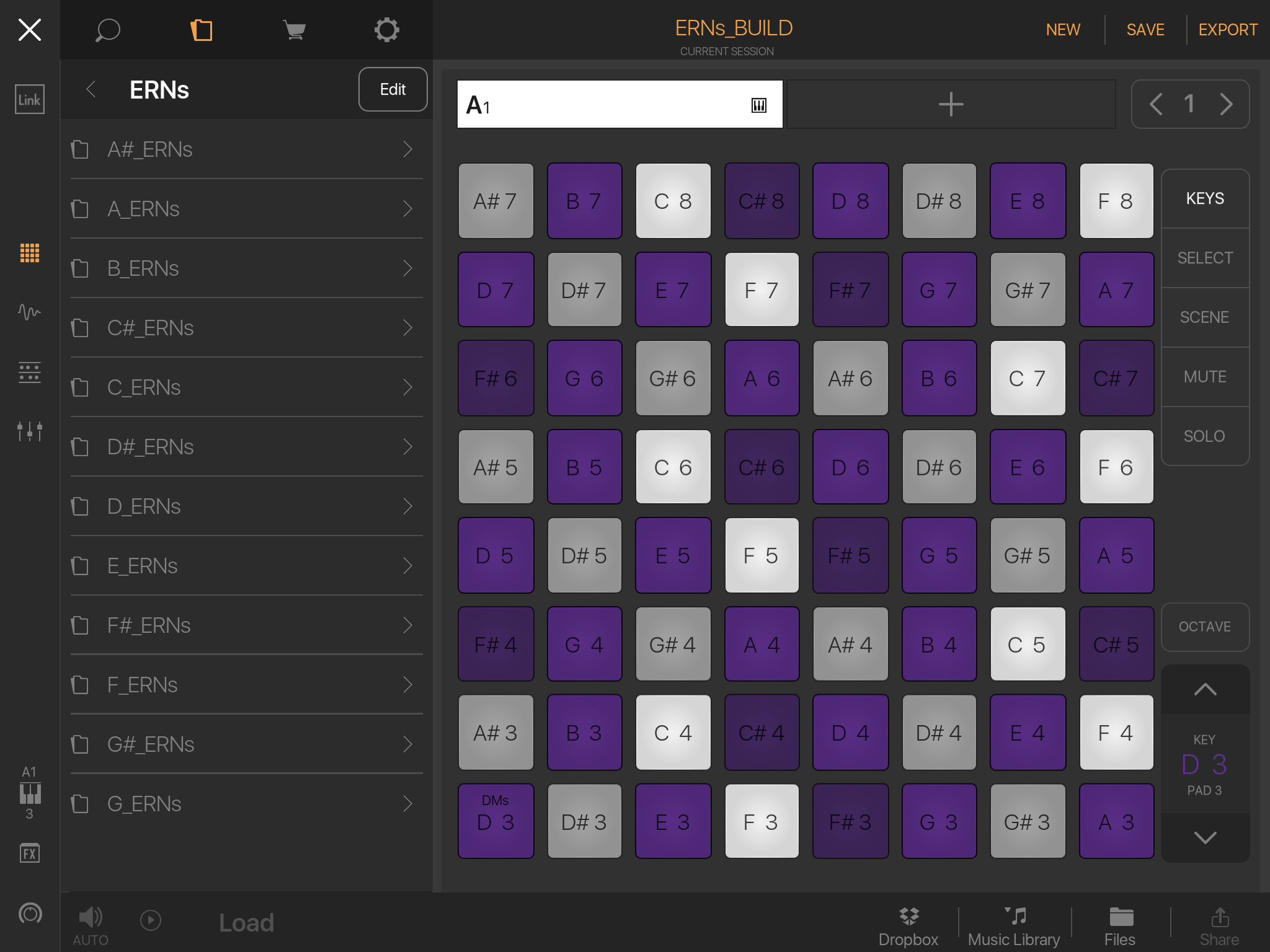 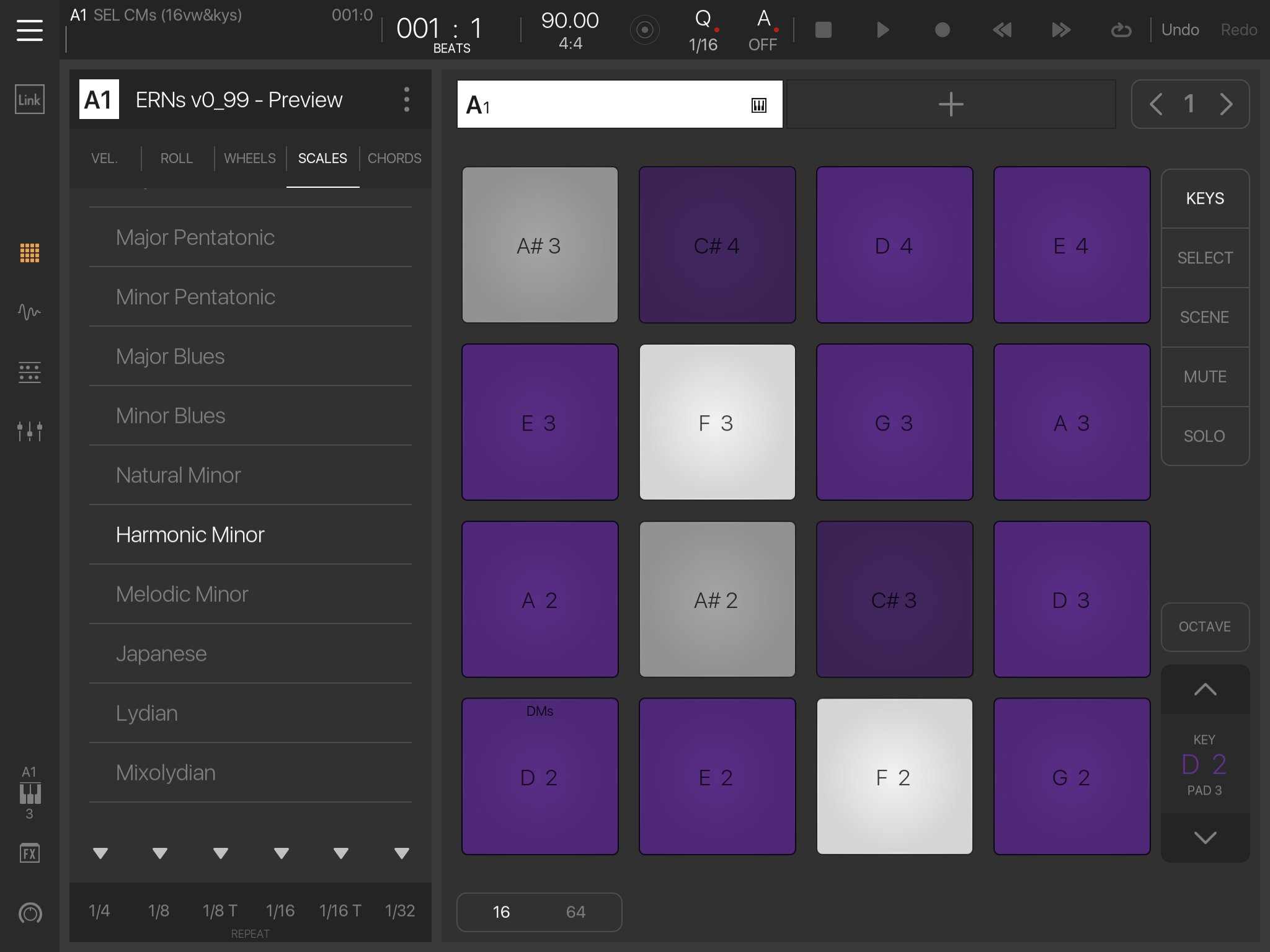 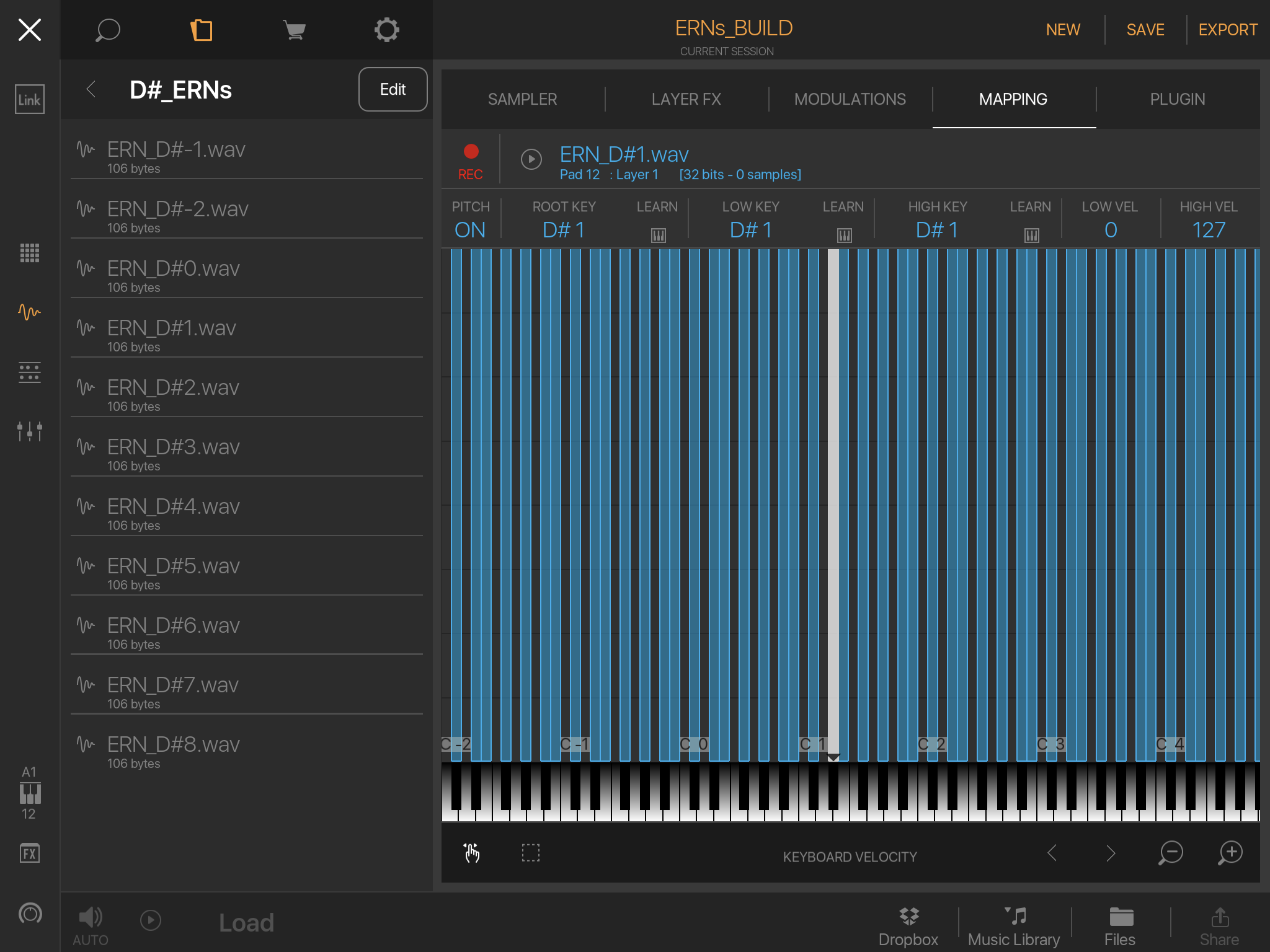 I am not affiliated with the company Intua. I am just an user. Please do not ask Intua for support of ERNs itself. Only if you find a bug AND/OR limitation of Beatmaker 3 with this should you post a thread. If you think there is something that should be a feature in Beatmaker 3, please make a feature request. You might understand what I mean as you play with link groups more. Thank you all!

I am always here to help with any issues that you may experience or if you are having any trouble using this. Just post in this thread or PM me.

And here's all the ridiculous info for the preview version you might want to know:

For those unfamiliar with link groups, empty wavs, and instrument mapping:

On PAGE TWO in 64 view (PAGE SEVEN in 16 view) are some preset pads to load your own samples or plugins. They are labeled LdnLnk Assign a linkgroup 1-12 to see how this works after loading if you plan on staying inside the ERNs bank.

You can also load plugins to ERNs pads if you wish. It will just ovveride the naming scheme I used to keep you organized. You can always rename it back if you wish. Don't forget!

It is suggested to not load audio samples on ERNs pads themselves unless you map to a new layer/existing layer and the assigned keys of whatever pad you are viewing are matched. This takes work. Save yourself tons of trouble and don't load samples onto ERNs' pads

Plugins can also listen on the banks midi input or pads midi input. Customize to your liking.

Adding effects, adjusting any sample settings, modulations and muting ERNs scale pads does nothing. Do this to where your samples/plugins are located. Exception: Plugins on pads, AU parameters (Looking for a proper feature request for link groups)

This preview version does not have training or games any kind. Just the empty patterns. You can get them by loading patterns when you load the bank. There are a few small info tidbits and midi. Nothing special at this time. It currently covers nothing but an understanding of the Major Formula. More will come in future releases including chord design and training. There are pads reserved for the audio trainers on Page Two.

The piano is being referenced 12 times on PAGE TWO (PAGE 8 in 16 view) For each 12 pads you see they are assigned link groups (LG 1-12). Each piano sample also has a polyphony of 12. This is to create a playable keys mode outside of keys mode and to prevent choking if you stay inside this bank.

The M1 Piano files can be bypassed with mutes or deleted. The more deleting you do, the more choking the piano will do if you are going to play keys outside of keys or utilize multiple scales with the M1 Piano pads.

Save resources. If you load this bank in your sessions and are not going to use the instrument or training itself, then I suggest copying ERNs pads to other banks and then unloading the ERNs bank.

Any midi recorded to the ERNs bank from the scale pads can equally be transferred to another bank and pad in whichever method you use to do this. This includes the keys outside of keys mode.

< NO SCALE > in BM3 SCALES MODE is the layout for actual scales per pad. Each pad has modes in < NO SCALE > built into paging via semitones. Each one is uniquely different. Scale modes will be covered in audio training at a later time. Even if you don't know theory. I suggest you play with this to see how your music changes. I'm doing this in sections.

Chords do not play out on ERNs pads by default. They instead teach you the actual chord in whichever pad you are viewing in KEYS MODE. This can only be bypassed with plugins I believe.

KEYS MODE OUTSIDE OF KEYS MODE

The 16/64 pads in ERNs are also a completely polyphonic instrument. Each pad is playable and also highlights it's octaves. It covers a 5 octave range. You can play all sorts of strange things with this or combine it with each scale type. Even customize the starting key range regardless of labeling.

Unnamed pads in ERNs can serve three purposes. To serve as any octave of a specific key, colorless for some specific audio training challenges/games, or for you to build your own custom scales/chord sets with the empty riff notes included in the resources folder.

Here you will find all the premapped empty riff notes to build anything you want. A drag and drop on mappings will assign everything automatically for you. You don't even have to worry about where you drop it. It's always root/high/low and velocity 127. This can be adjusted in any way you wish after dropping if needed. This makes building things extremely fast.

THINGS TO BE AWARE OF:
This bank has the potential of exposing 5-10 bugs AND/OR current limitations of Beatmaker 3. I wanted to let everyone know this. @mathieugarcia is already aware of many of them.

Here is the list of experiences you may come across:

3 - Missed quantization - sliding does not quantize NOTE ONs. Only taps quantize. Related to unconfirmed bugs by users such as pad erase. Can't pad erase properly sometimes if NOTE ONs are not quantized.

4 - Choking pads when choking is off because incorrect note values sometimes happen when playing pads fast (think a finger drummer), the same note values sometimes trigger at the same time, causing a perceived choke even though choke isn't set. This also causes midi data to not be captured to the pattern editor. Edit: I’ve attempted to make a workaround for this and for other reasons by referencing the M1 twelve times.

6 - Pattern Numbers - they do not change properly when doing a combination of deleting/adding patterns. You can delete any pattern and it's pattern number will stay the same. Creating a new pattern after doing so puts it back... but the patterns can't be moved up and down. Causing disorganization.

7 - Bad Scroll lock in mappings this one is only exposed if a user is building an instrument (not with my samples included). When adjusting zones in any layer and adding another sample and adjusting it's zone, a scroll lock can happen at some point where you can no longer move back and forth through the 10oct keybed in mappings. It will auto scroll and ZOOM+ controls become broken. Reloading a bank or the same session doesn't fix this because the mappings window container in code is not tied to bank or sessions. The only fix is to restart BeatMaker 3.

8 - NEW Crash with effects Not related to ERNs, this is any project and only on instrument pads that are linked to other pads, but not ERNs pads themselves. Pressing the pad effect button on your own instruments and then playing on ERNs pads (any linked pads with effects as well) may crash BM3. This happens mostly when copying a pad that has effects from another bank and then linking it.

9 - NEW Pad Grid Edges pad grid itself is playable outside of performance view pads and even on all other navigation views. Lol. While playing outside of KEYS MODE/or inside KEYS MODE you may experience a control such as select, keys, mute, solo, a repeat, trigger, scales mode, chords mode, navigation, etc switch on/off even though you know for a fact you didn’t touch those buttons. If your finger still held down you will be able to still play the keys or pads.

If anyone using this can confirm these, I would seriously appreciate it. But don’t hunt for them. Let them happen naturally. Make music instead!

I am looking for anyone who is interested in making some cool effects presets for this or macros for the M1 built in or other ideas. Got a cool idea, PM me your ERNs bank in a zip and I'll make it official in this one.

Have fun and let me know if this has helped you in your workflows or made music extremely fun to create. I accept all constructive criticism!