I figured I might as well post this here too, since the effect works so nicely in BM3. I just launched Perforator, a Rhythmic Gate effect in AUv3 format. 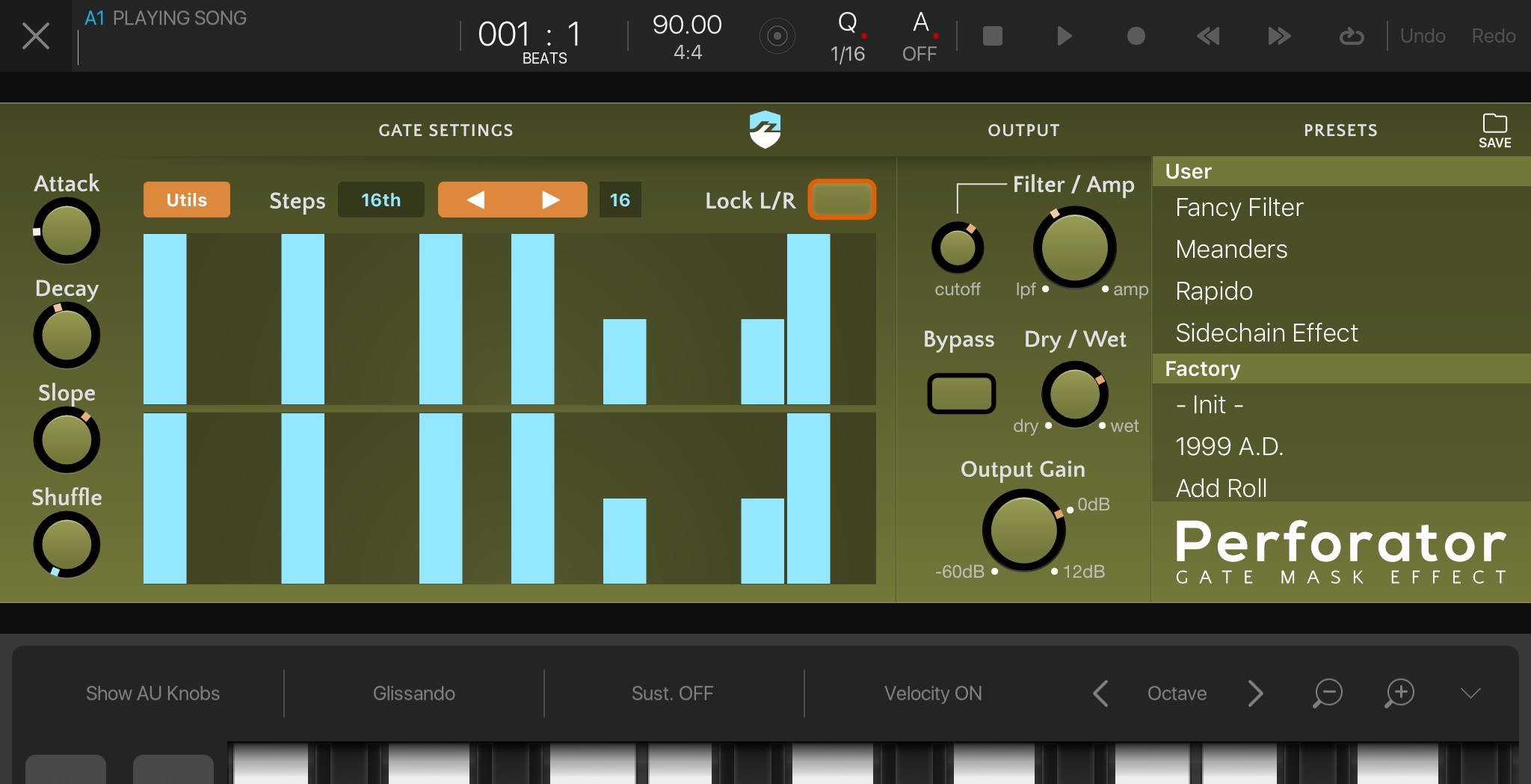 It lets you design your own Gate patterns (L & R independently if you like). As a bonus feature it also sends out its patterns as AU MIDI CC messages, which is nicely usable as a surrogate Parameter Lock designer.

p.s. some of the presets were designed by our own resident 5PinLink